Type the first characters or code if known 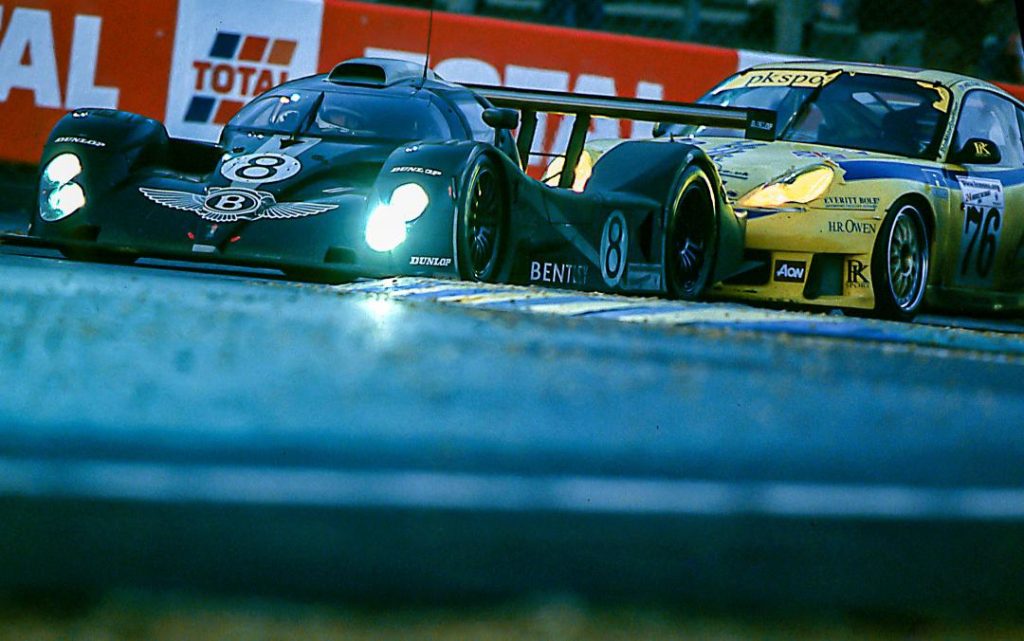 Warnstar Sign and Print is one of a group of companies whose management and ownership includes two Motor Racing stalwarts, Brian Morris and Mike Youles.

Throughout this period, he helped raise cash for drivers as part of a vision of helping the underdog. This led to the support of several drivers at club level who took on and very often beat the champions of the day. The drivers in saloon car racing in that period and there to be beaten were the incomparable Gerry Marshall, Dave Brodie, John Bloomfield and many others.

This exposure led to a long period of cooperation with John Webb, the Managing Director of MCD, owner of several UK race circuits and very much the forerunner to Bernie Ecclestone in deal-making of that era. John had a vision of why motorsport existed, and it simply was – entertainment. With Webb’s encouragement Brian expanded his interest into Formula 5000 in the mid 70’s and arranged for hire of a Lola for Tony Trimmer to take on the field in some of the season’s races both in the UK and abroad.

Through a business associate Brian met a member of the Saudi Royal Family who was also enthused by motorsport. The trackside atmosphere captivated the Prince and within weeks Brian had been asked to form a team with Saudi backing to conclude that season. This was on condition of anonymity. And so, the foundations of Melchester Racing were laid, (the name being simply an amalgam of Melbourne and Porchester, as the home addresses of Brian and the backer) and the team maintained its association with Tony Trimmer as its driver. Finishing fourth in the Formula Atlantic championship in 1976, having contested less than half the events was just rewards. Reliability by great preparation, added to Tony’s speed and skill, was the key and this was to be the hallmark for successive seasons.

In 1977, the Saudi backer was persuaded to put up a more substantial budget to contest the Shellsport Group 8 Championship, which was a mixture of Formula 5000 and one-year-old Grand Prix cars. A brand-new Surtees TS19 was acquired having been built specially by the factory and whilst money was always an issue as we hunted for commercial sponsorship (against much larger budgets of the competition such as Guy Edwards) preparation and organisation led by Chief Mechanic Alan Charles, were the strongpoint and the Championship was won for both Driver and Entrant.

The 1978 budget allowed the acquisition of a McLaren M23 from BS Fabrications, who had campaigned the car in Grand Prix’s for Brett Lunger. This was acquired to contest what was now the Aurora British Formula 1 Championship. With funds limiting the campaign to just 8 of the 12 rounds on MCD circuits, Melchester again won both the Driver’s and Entrant’s championships, despite some very serious competition. Again, Alan’s preparation meant reliability and Tony’s innate speed were the factors in a sweeping victory. It was especially sweet as the concurrent McLaren M26 was such a failure at GP level in the hands of John Watson.

The winter of 1978 was a period of much turmoil in motorsport with a substantial lobby to outlaw ground effect cars for the domestic series that had been so effective at international level. Melchester was affected greatly by this situation as they were contracted to run Desire Wilson on behalf of MCD and therefore obliged to run the conventional Tyrrell 008’s. The second car was initially for American pay driver, Gordon Smiley and subsequently Neil Betteridge, following the lack of Smiley’s funding from the USA.

The bid to ban ground effects subsequently failed and the Tyrrell’s were therefore not competitive, with the latest equipment sported by other teams. They did, however, bring the cars home regularly in the top group and remained the leading ‘conventional’ team of pre ground effect cars.

Not winning caused the Saudi Prince to lose interest in motorsport and Brian continued to manage his expanding interests in horse racing and breeding for the next five years. Without his base funding we were not able to reinvest in Championship winning cars to go forward or attract the level of sponsorship funding to be competitive. The series went into decline by 1980 and we disbanded the team.
Nevertheless, Brian was invited to join the RAC Race Committee as Entrants representative where he served as an active participant from 1981 to 1984.

Although not being active in mainstream motorsport in more recent years, he did champion changes to kart racing and was a prime mover in moving to 4-stroke engines. Both of his sons have competed in karting at national level with some success and at club level in sportscars. He has actively supported and maintained contact with many drivers and team members who he has come into contact with over the years and his enthusiasm has often been a cornerstone for others to strive to be the best at their endeavours.

Brian continues to be a successful Management Consultant and maintains his interest across all forms of sport, with Motorsport at all levels continuing to be his passion.

Mike Youles has enjoyed a lengthy International career, predominantly in sportscars, in fact last year he competed in the two Endurance Racing Legends races in support of the Le Mans 24 Hours in the same Porsche GT3R in which he won the inaugural ELMS GT Championship in 2001. Earlier in the season and indeed last year Mike raced David Beecroft’s Mallock in the Clubmans Series that Dave supports.

Mike has raced in many classic endurance races, the Daytona 24 hours, Sebring 12 hours and Le Mans 24 hours, when he won the Group C2 class in 1990. Maintaining the endurance theme, Mike is looking to team up with Brian’s son Rob to compete in the 24 hours in September, any seats available?